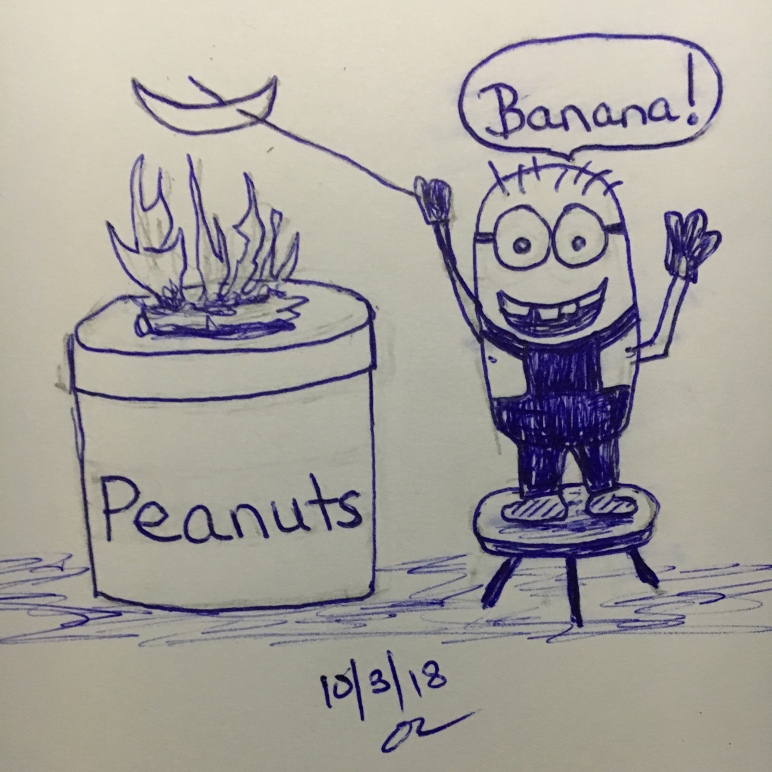 From following other artists on Twitter, I heard about Inktober a couple years ago. It sounded fun, but usually I was so busy that by the time I had the realization that it was going on, October was nearly over.

For those of you who don’t know what Inktober is, you can learn more about it here.

This year, I was paying attention. Even though adding a drawing session to my day seems impossible, I’m going to give it a try.  Worse (at least for me) I’m going to post what I accomplish here on Thursdays during Inktober. Perhaps with an explanation behind the drawing. If you want to see the pictures more regularly, I suggest you follow me on Instagram.

So far, I’ve started drawing off the prompts. #1 was “Poison.” 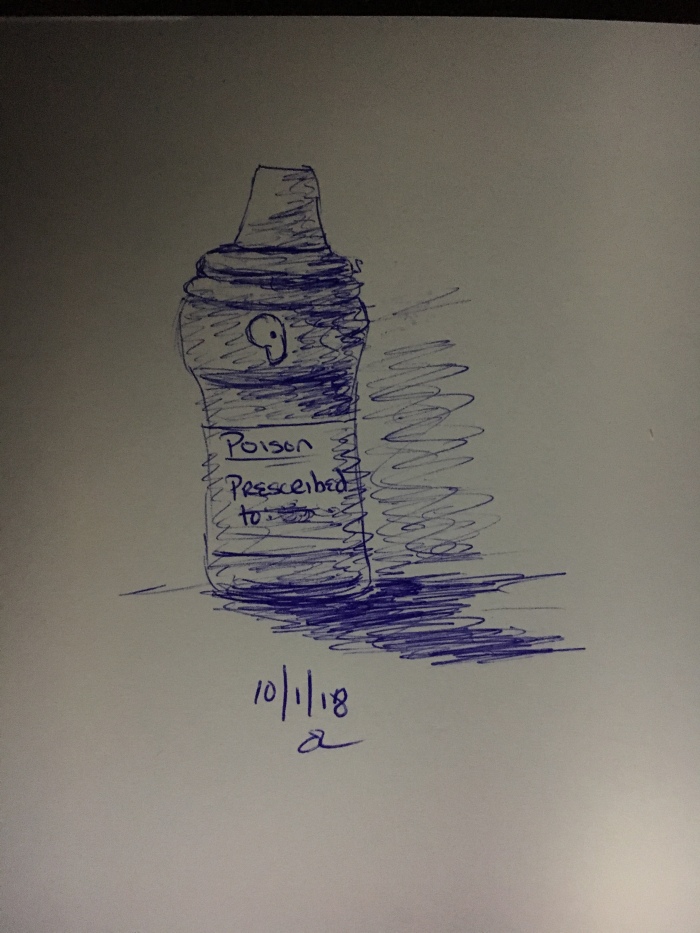 This picture came about because of my youngest son. He had his wisdom teeth pulled out several years ago and was given this prescription mouth wash to flush with. As it sat in our bathroom, a weird image began to surface. To me, it looked like a skull facing sideways. I’ve often thought about drawing it, and the only reason it has stayed in the bathroom for so long is because I keep thinking of drawing it, but not ever doing it. So, here it is, Inktober #1. Now maybe I can throw the dang bottle away.

She makes me relax. I see her as meditating outside with a light breeze stirring her hair. Yep, to me, that would be tranquility.

All I could think of was roasted chicken. Or s’mores. Okay, you can tell where my mind was: food! It did finally hit upon roasted peanuts. Then, during the afternoon as I was still mulling this over, I saw a minion and thought of there bananas. See, what did I tell you: food! That’s when the image of a minion roasting a banana on a can of peanuts came to mind.

I hope you enjoyed and if you’d like to join Inktober, it’s a great time to do so. If you do, tag me with your photos on social media. Maybe we can pull each other through this month of drawing.