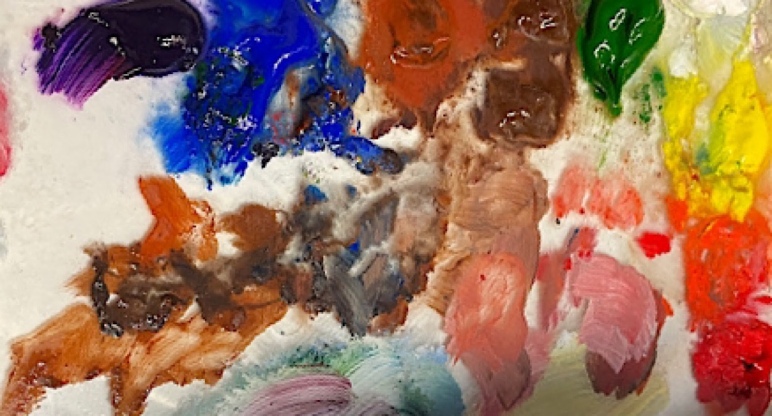 I finished the story for this week’s Fenrir’s Tales today. It’s a bit longer than normal. I’ll post it later so for my patrons on Patreon later. This one is not going to Vella, so don’t look for it there. I have other plans for this story.

I also spent some time today getting organized for shipping orders. Right now, it is taking me far too long to get items ready for shipping. I want to make it quick and easy. So, I’ve been working on that.

Two more ACEO’s were painted today. But, as predicted, the weather turned cold again. We even had snow all morning long, which the Weather Channel denied we were having. Not once did they show snow this morning on their app. Do I sound bitter about that? Ugh, snow. It doesn’t start to warm up again until next week. Hey, Sun, you’re failing me!

I guess I’ll have to paint warm weather since I can’t have it in real life.

So what do I do? Yeah, one of my ACEO’s today is a snowy mountain and a path through a frozen land. Very reflective of how I’m feeling.

The ACEO in the picture a few paragraphs above is a bit of an older one currently listed on eBay. It will be ending soon. What I really enjoy about seeing some of my older work is that it shows me how far I’ve come. Sometimes when I’m feeling that angst, I forget the path I’ve already traveled because the distance I still want to go is so far.

For example, this is one of my newer landscape ACEO’s. It’s a big difference. Sometimes they turn out and sometimes they don’t, but isn’t that how life is in general?

Imagine if you could have some early paintings from Picasso or Van Gogh.

Later tonight, I plan on getting a few new artworks listed to eBay, and if I’m lucky, to my website as well. Of course, most of the evening is already gone. It’s amazing how much time older pets take. At least Temmy is settling down some and has moved slight beyond the toddler phase. She’s starting to nap more and play with her own toys rather than getting into everything else. I feel that’s part of the reason that I’ve been able to get back to getting things done. Now, I just get distracted by her carrying all her toys around looking for places she wants to play. She likes to take some of her soft balls and toss them from paw to paw over the hole in her climbing condo. It’s like she’s playing basketball. It’s darn cute.

Now, onto getting things listed and not watching Temmy carry around her jangle ball. Really, I swear! Promise!