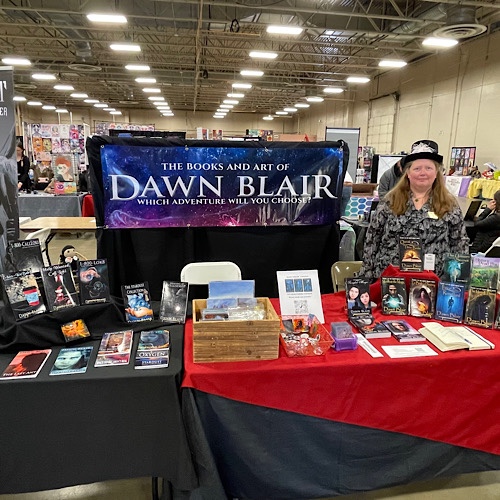 Yes, I did jinx myself with my post last night.

I didn’t sleep, but it wasn’t because of the coffee. It was the wind.

As the evening progressed, the wind really did pick up. We’d had high wind advisories, but I hadn’t been worried because I knew I’d be in a hotel. However, around the vent for the heater wasn’t properly sealed and the wind howled into the room until about 2 in the morning. You could feel the air coming right into the room. I literally put a pillow over my head so I could sleep because the wind was so bad.

That doesn’t even mention how noisy the bed sheets were. Every time someone moved, it sounded like crinkling paper. I thought it might just be my nerves because of the wind, but apparently it wasn’t just me.

Just as I was getting to sleep around 4 a.m., someone in another room went to take a shower.

Other than the wind, the noisy sheets and blankets, and the sounds of anyone in nearby rooms running water, it was a wonderful hotel room. Very fancy. We enjoyed ourselves and loved the room we had to spread out. It was nice.

I just can’t wait until I put Loki into another hotel room. This was great fodder for how a fancy room can suddenly get under your skin.

Yes, I did tell them at the front desk about the howling wind, so maybe they can have it resealed for the next guest. May they have a restful night’s sleep.

The convention was great. I had a good time. There were a lot of people there and lines waiting all day to get in. For this being the second show they’ve done, they did well. Kudos to the organizers.

I got to see an art collector who I hadn’t seen in a few years. She’d been wondering if I’d be there at the show and was happy to see me. It was good to quickly catch up. She’s such a nice woman and I’m glad she’s doing well.

The artist I ended up being next to remembered me from FanX a few years ago. Nice guy, even with him trying to inspire me to give TikTok a go.

Talked to so many people that now my voice is hoarse. Tomorrow I’ll probably be drinking tea and honey. I had so many kids and teens tell me that they wanted to write books, many were in the middle of projects. That was awesome. Several asked me where I get my ideas from. I should have said that I stay the night in a hotel room and let my life become fodder (grin!). I hope I inspired some to stay with writing. It is a lot of fun, work too, but great fun.

We drove home tonight after stopping for dinner, then coffee at Barnes and Noble. After being awake most of last night, I needed another 4 shots.

Temmy was a fairly good kitty. Only a few disasters where she had been her regular kitten self and knocked things over. I thought she’d be clingy, but she isn’t. Just her regular evening playfulness. The dogs had gone to stay with my oldest son and his girlfriend and are now back home too.

Now Merlin is whining to go outside. After that, I think it’ll be time for bed. I’m ready to sleep. I see snow is in the forecast, but fortunately there’s no wind (except now I’ve probably jinxed it again – grin!).

Until next time, keep adventuring!