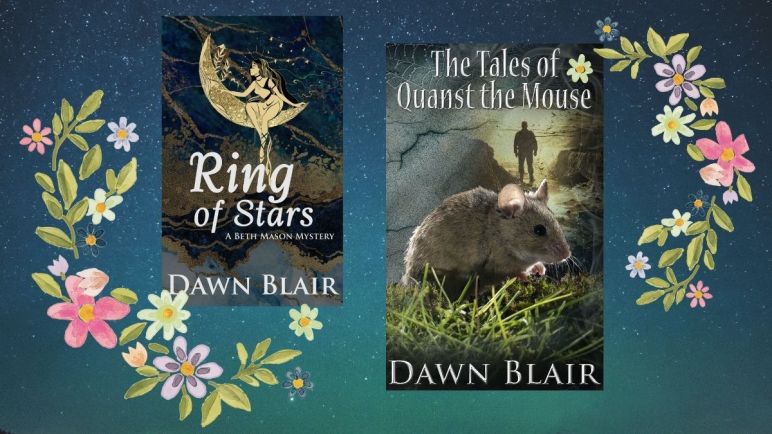 After I wrote my pages for the day, I proofed the short story, Four Becomes a Foundation, which is a reward on my Kickstarter. It’s all formatted and ready to go.

Then I started in on Ring of Stars. I had forgotten that I’d prepared a mockup of the cover, but I wanted to wait a day or so (obviously longer) to see if I still liked it. I decided that I did and so I finalized that today. Here’s the cover:

I mentioned a few blogs ago (or more than a few) that I had finished the cover for The Tales of Quanst the Mouse. Here’s the cover for that. Both these stories are rewards for my Kickstarter campaign.

I still need to do the final proof on Ring of Stars, but then it will go out to supporters shortly after that – Patreon soon, and to Kickstarter with the other rewards.

Ring of Stars is a paranormal mystery short story. Beth is the daughter of the Norse god, Frey. Loki considers her his niece, so there’s a tie-in. She solves bizarre mysteries.

The Tales of Quanst the Mouse is a novella. It’s tied-in with my Sacred Knight series, but is a prequel from the prehistory of that world so it stands alone. A nice addition to the series.

They’ll both be available to the public in time for your summer reading!