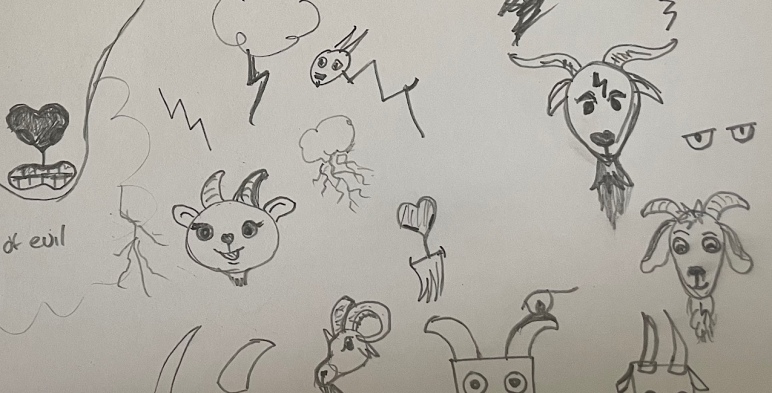 I thought that since I unveiled my Thunder Goat Coffee mug yesterday, I would show some of the sketches that I did before settling on this design.

At first, I actually had a different name for it. It went to my first reader with the original name before getting changed. Here’s some of my first attempts.

Yes, it was originally going to be Four Goats Coffee. Not, it wasn’t going to be a paw print. It was going to be four goat heads (not to be confused with the nasty little weed that gets stuck in my bike tires).

Then I tried for a really simple design after I changed the name.

After that, I had to draw a lot of goats to get the right image. Here’s the page:

I think my coffee cup got a little smashed.